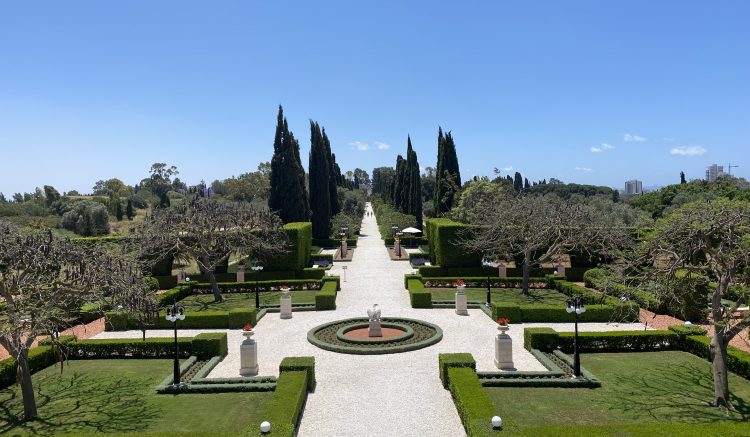 During my recent visit to Tel Aviv, my friend Molly suggested that I travel to Akko for a day trip. Akko is located in the North of Israel, and easily accessible by train from Tel Aviv. Besides being a historically important city, Akko has beautiful sea views from the city walls. During the crusades, the city was called Acre, and there are remnants of the Templar Knights throughout the old city. For example, it is possible to walk through the Templars tunnel, and to visit the old Citadel and Knights’ Halls. I had planned to visit for a few hours but ended up staying longer because there was so much to see. Also, just outside of the city are the Bahá’í Gardens, where the most holy shrine of the Bahá’í faith is located. It is a beautiful and peaceful place to walk around.

Akko is a port city, so it is known for its seafood. I had lunch at El Marsa restaurant near the port. They had a variety of foods with a focus on seafood. I’d never heard of Arabian Sea Megare fish before so I tried that. The server described it as a white fish with a texture like salmon, and that was quite accurate. It was cooked in a delicious sauce with potatoes and spinach.

A: No, it is easily walkable around the old city. There are also many tourist signs, and the sites themselves have good historic information. However, getting to the Bahá’í Gardens was not easy by foot. Most people I know who have been there have been on a tour bus.

A: Yes most people speak English except maybe not some taxi drivers

A: Yes the Old town is walkable from arrival at the rail station