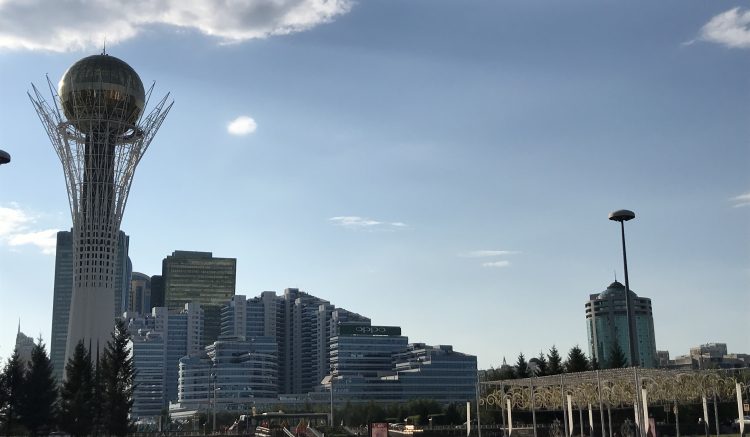 Previously, I posted a guide with general travel tips for visiting Kazakhstan and the city of Almaty. This post will give some more detailed information for visiting the city of Nur-Sultan (formerly called Astana when I visited in 2018). Astana was the capital of Kazakhstan between 1998 and 2019. In March 2019, Astana was renamed Nur-Sultan after the former Kazakh president Nursultan Nazarbayev. Additionally, the airport, Nursultan Nazarbayev International Airport, is named after the same president.

We arrived in Astana by an internal Air Astana flight from Almaty, which took 1 hour 20 minutes. The train could have been an option but the estimated time was nearly a whole day. In fact, Astana is about 1200 kilometres north of Almaty, so almost on the opposite end of the country. In contrast to Almaty, we found Astana to be a very modern city with less history. There were some nice buildings to visit and we enjoyed our two days there, but overall we found Almaty more charming. The short stop in Astana was on the way further north to Burabay Resort for our friends’ wedding.

Unfortunately my friend and I both had upset stomachs while in Astana so we did not try the local cuisine as much as we would have liked. And we also forgot to take photos.

We picked up interesting local foods to try from the deli at Magazin “Latifa” supermarket. This included beet salad, meat dumplings and delicious fruit cakes.

We learned about the local cure for stomach bugs. A double shot of vodka mixed with salt. I tried it out and it did seem to make me feel better!

A: At the hotel, tourist sites like the Baiterek tower, and larger restaurants people speak English. However we found that people did not speak English in the Ubers, supermarkets

A: It is walkable once you are in the centre, but I would recommend using Uber to get to the general area you want to walk around. Sometimes the paths are not very clear and suddenly end. Also, we found the busy roads very empty because few people were walking.