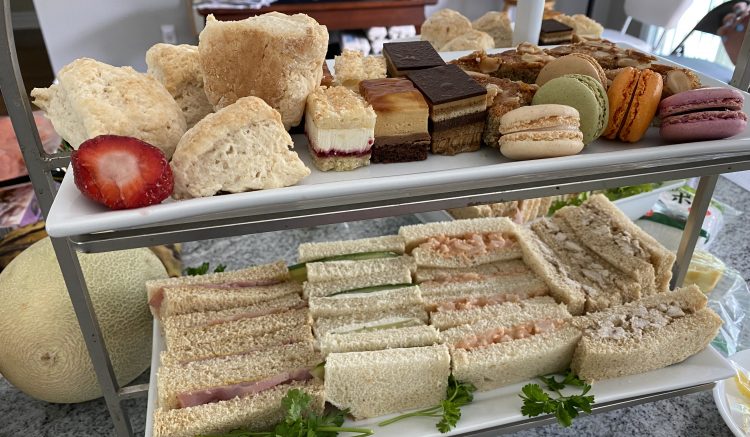 Here is a collection of my favourite UK recipes. I have lived in the UK since 2001, so will be adding more recipes over time from my collection. I have so many favourites that it is difficult to choose. There may be a delay in posting as I also need to take some appetising photos to accompany the recipes!

Many people think of pub food when they think of British food. However, there is a lot of variety, including regional specialties. In addition, there are many international influences, especially Indian, Bangladeshi and Pakistani foods. When I was out of the UK for a few years, the food I missed the most was Indian food! We are also very lucky in London to have access to foods from around the world.

Another very British tradition related to food is afternoon tea. For those who have experienced this, you will know that it is much more than just sipping tea. The tea is accompanied by tasty, crust-less sandwiches, scones with cream and jam, and petite desserts. The more modern version may even include champagne or cocktails. It’s a highly recommended experience when you visit the UK!

I’ll also take this chance to recommend a few British chefs to explore more recipes. Delia Smith is a good chef to follow for traditional British recipes. And a few of the more modern chefs which you may have heard of via television are Nigella Lawson, Gordon Ramsay and Jamie Oliver. I also love Clare Smyth, fine dining chef and owner of Core, my favourite UK restaurant. However, her recipes may be difficult to replicate!

The variety of British main dishes is very wide, so it is difficult to choose my favourite UK recipes. I started with a Welsh recipe recommended by a friend, since I am less familiar with Welsh food in general. Before moving to the UK, I had rarely eaten lamb. But lamb is very common in Wales and this was a good representative dish.

In England, many people think of fish and chips or meat pies as standard British fare. That may be true at the pubs, but there are a lot of other options. As with the US, it is difficult sometimes to classify what is British food versus foods imported from other parts of the world. However, Indian food has become part of the British culture. Arguably, some of the most recognisable Indian dishes in England were invited in England, such as chicken tikka masala. Therefore, I will include a mix of British and British-International recipes here.

When I first tried some of the traditional British desserts, I found them quite heavy. However they have grown on me over time, especially in the winter and accompanied with warm vanilla custard. If you have ever had treacle tart, bread and butter pudding or spotted dick then you may agree they are substantial desserts. My favourite of the traditional desserts are the Bakewell tart and Sticky Toffee pudding. As an aside, pudding means dessert in British English. It is not pudding in the American sense of the word, which refers to a creamy custard. Of course the classic Victoria sponge is also a favourite, and is ever popular.