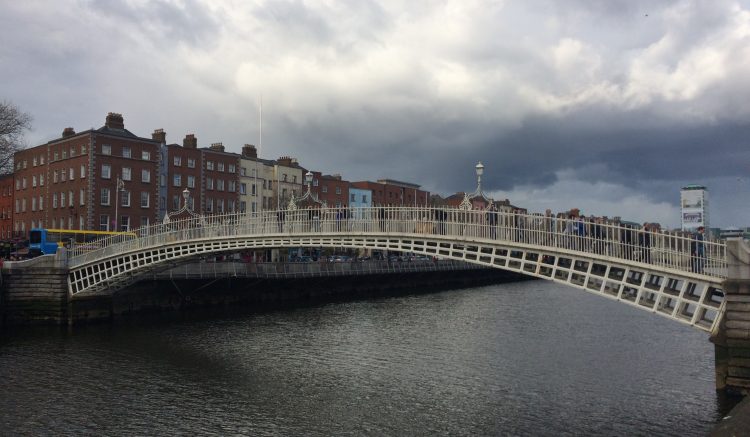 If you visit Ireland, you will likely travel to Dublin or at least through Dublin! It is the largest international airport, though there are four others. As the capital city, it is lively and full of sights to see. The live music scene is very active, and listening to Irish music is a great experience. I recommend either walking around the city, or taking a Hop-On Hop-Off bus. Most of the sights are quite central with the exception of the Guinness Storehouse, Kilmanhaim Gaol, Botanic Gardens and Zoo.

In addition, there are some nearby sights worth visiting such as Malahide Castle, Glendalough and the Wicklow Mountains. Malahide can be reached using the public bus. For the Wicklow Mountains, you may want to try a day tour so you can enjoy more of the countryside. Also, nearby are several lovely coastal areas including Bray, Howth and Dun Laoghaire.

Thanks to RyanAir, I have made many trips to Dublin, mostly to visit friends. We stayed and cooked with friends at home sometimes. Therefore, I have fewer photos to share of the city sights than for some other places. We did always make it a point to do a few touristy things and to walk around the beautiful city, split by the River Liffey.

In general, while in Ireland I tend to eat at a lot of pubs including the Stag’s Head. The food and atmosphere are usually great! One special place, Johnnie Fox’s is just outside Dublin up on a hill.

We found Boxty House in Temple Bar, which has delicious traditional food. The boxty is a potato pancake covered with sauce. Their beef and Guinness stew was also very satisfying.

I can recommend the smoked salmon from Wrights of Howth. Howth is by the sea and easily reached from Dublin.

There are fine dining restaurants, even more now than in the past. One classic favourite in Dublin is the Winding Stair, highly recommended by the locals.

My favourite bakery for desserts is Queen of Tarts, which has a variety of cakes and savoury foods. Butler’s chocolate, especially the dark hot chocolate from Butler’s cafe at Dublin airport, is not to be missed!

Of course, Ireland is also famous for some of its beverages including Guinness stout and Jameson Whisky. Both places have excellent tours that include tasting!

A: No, it is easy to get around Ireland by train, bus, DART (Dublin area rapid transport), and walking

A: Yes everyone speaks English and some may also speak Irish

A: Yes it is but to get around the whole city you may want to use the public transport system