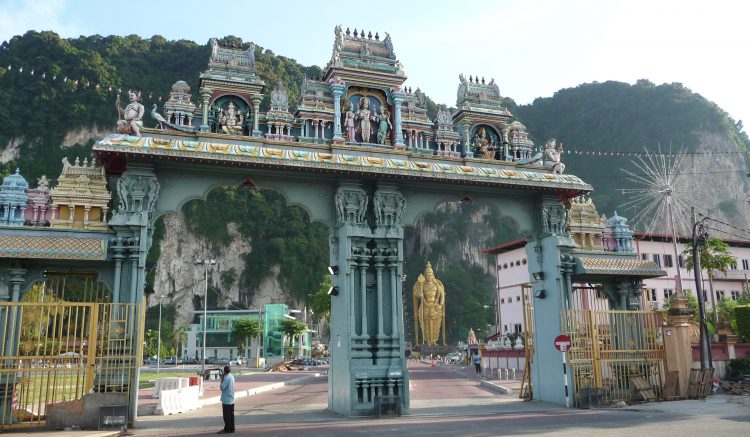 While I was living in Vietnam, I had the opportunity to travel to Malaysia several times. I’ve spent most of the time in Kuala Lumpur or KL, as the locals call it. In order to get to other destinations in Malaysia, flying through KL is usually the easiest way. KL is a large buzzing city. It’s an interesting mix of older and religious buildings, and then very modern skyscrapers such as the Petronas Towers. In addition, there is a lot of green space, both parks and forest.

On one of the trips, I visited Alor Setar to see my Malaysian friend who was over from London visiting her family. They welcomed me warmly in their family home and had made me amazing home-cooked food. They also showed me around the area, and I really got the local experience. We had fun with my friend’s circle of friends. Lots of iced drinks and going out to eat, even to a fancy Pizza Hut. Also, since it was during the Lunar New Year there were some cultural events like the lion dance visiting the house.

Another time, I spent a few days in Malaysian Borneo and it was an unforgettable experience. The Malaysian part is most of the northern third of the island except, of course, for the country of Brunei. The southern part of Borneo is Indonesian. Although many people think of orangutans as the main wildlife to see in Borneo, there is a huge diversity of animals. If you are lucky you can see turtles, birds, snakes, monkeys, elephants, crocodiles and more. On the other hand, you may want to avoid the leeches!

Finally, another reason to travel to Malaysia is for the food! There are endless choices, and the food is naturally a fusion. The main cuisines are Malay, Chinese and Indian, with all combinations. Food is colourful and flavourful. And you don’t need to go anywhere fancy. Some of the best foods I had were from food courts, and small stands.

Nasi Lemak is often cited as the national dish of Malaysia, but my Malaysian friends have said that this is not official. In any case, it is popular and a must-try dish. The base is a very flavourful rice topped with a varying combination of peanuts, chili, anchovies, boiled egg, chicken and more. As with most Malaysian dishes, there are chilies!

Because of the diverse mix of cultures, the food is often a fusion. Many of the flavours remind me of Indian and Chinese foods, but the Malaysian foods have their own character.

Another favourite dish is roti canai, which can often be found as a street food. It is a flat bread served with curry and dal. Simple and delicious! Of course there are also endless curries, noodle and rice dishes.

For dessert, I did not find a favourite as many of them contain beans. Beans in dessert are definitely not my preferred ingredient. However, the shaved ice and syrup in ice kachang is very tasty! There are also many desserts with coconut, pandan (fragrant green leaves), rice, tapioca, nuts, and tropical fruits.

More on some specific places to eat in the Kuala Lumpur post. Interestingly, some of the best food I had was in food courts!

During my time in Borneo, I had simple and tasty foods including fried noodles and stir fry with rice. We also had many fresh fruits.

A: For the capital, Kuala Lumpur, it is not necessary. However, for Borneo, it is necessary to be able to see the wildlife areas.

A: Yes, almost everyone speaks English

A: Yes, generally it is very safe to travel to Malaysia. As usual, beware of pickpockets, especially in the larger cities.

A: It is easy to find postcards and post offices in the cities, but not in Borneo. See Sending Postcards from Abroad for details on cost and the time it took to reach the USA.