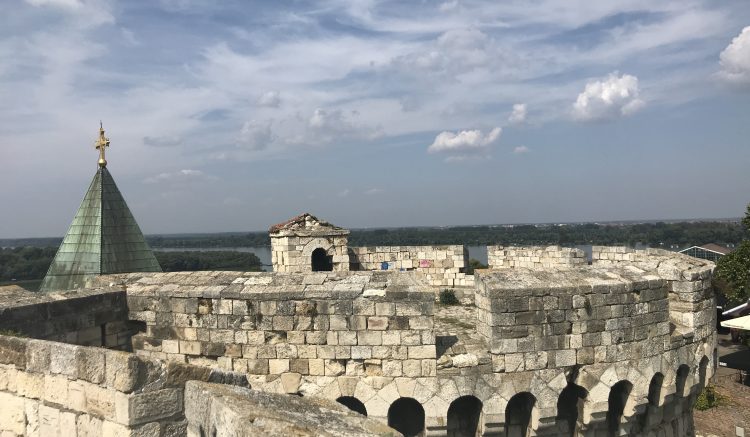 In September 2018, I had a great opportunity to travel to Serbia. I arrived in Belgrade and stayed with the mother of my friend Nadezda from University. In fact, I stayed in her childhood room. Her mother gave me the warmest welcome, despite us not speaking the same language. And she cooked amazingly delicious food for me every day! Eventually I figured out that I could use google translate to write her notes and communicate. There’s a funny story about that in my post about Google Translate.

I was incredibly lucky to stay with my friend’s mother and to be shown around by her wonderful and friendly cousins. They picked me up and drove me around so I was able to see a lot of the city. We also took some public transport. In general I felt very safe even when walking around on my own during the day. In the evenings, I was with other people and probably would only take transport to get around rather than walk long distances. I took the bus home one night and walked the short distance to the apartment.

Interestingly, when we saw some jets fly over practicing for a military parade and air show, I thought it was cool to see. On the other hand, Nadezda’s cousins almost got a shiver from the sound because they said that they could still remember the horrible bombing in 1999. That made me really stop and think about how recent that was, and that many people remember it very clearly.

This is a brief guide to travel to Serbia based on my three-day stay in Belgrade!

In Serbia, the currency is called the dinar. As of October 2021, the exchange rate is 139 dinars to 1 British pound.

Luckily for me, I had a lot of homemade local foods prepared by my friend’s mom. For breakfast and snacks there was a lot of fresh bread, sliced meats, cheese and vegetables. I like the cultured butter called kaymak, which is like a cross between cheese and butter. The fresh figs were also delicious.

We enjoyed a delicious traditional meal at restaurant Sač in Zemun. My friend’s cousins had pre-ordered a traditional smoked ham dish. It was served with potatoes, bean stew, grilled peppers, and a cabbage and tomato salad. The fresh bread was also tasty and soft. Lots of food and all delicious, washed down with fruity Serbian red wine.

We dined at Dva Jelena (Two deer). It’s considered the bohemian area and the street with the restaurants is very quaint. I had the local chicken noodle soup and a big chicken Caesar salad, and a glass of Serbian rose wine. I also tried traditional stew with pork, peppers and onions and a paprika sauce and a bean dish.

We ate at Walter for the traditional meat kebabs called cevap. The kebabs were tasty and packed into a type of pitta bread with salad. They went very well with a nice cold glass of local Serbian beer or a glass of rose wine.

A: No, it would not be necessary to visit Belgrade, as that was relatively easy to navigate even with most people not speaking English. However, it was nice to have my friend’s cousins as local guides. It made the experience much more enjoyable and I learned a lot just by chatting with them.

A: Some at the tourist sites and large restaurants, but not on buses or in shops.

A: Yes it felt relatively safe and there is public transport.

Q: How easy is it to send postcards? It was easy to buy postcards in gift shops. And it was also relatively easy to find a post office to buy stamps. I was with Serbian people who helped me to ask for the stamps but I think it is possible as a foreigner. Just have a translator app to hand!