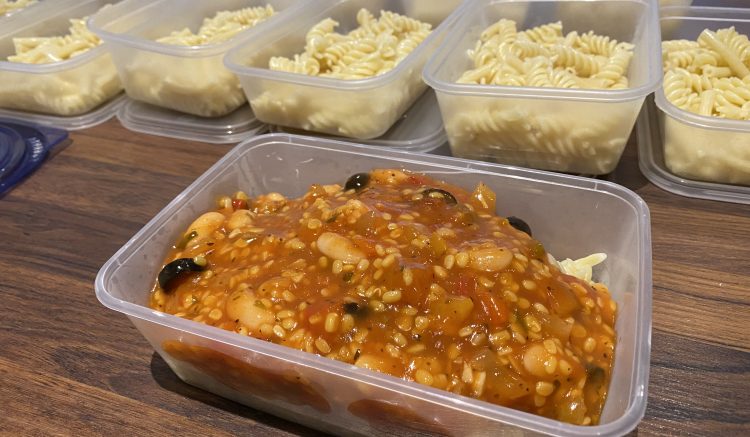 The recent holiday season has re-emphasised the importance of charitable giving, and helping those less fortunate than ourselves. I’ve deliberately used the word helping and not just “thinking” of those less fortunate. In fact, I believe that reflection can be a useful way to gain perspective. However, one often then needs to take action to make a difference to others’ lives. This does not necessarily mean grand actions and every little bit can count.

Supporting charities and helping others is one of my core values in life. My passions include helping the homeless, children and the people I care about at home and work. I’ll split my commentary about the importance of charitable giving into two sections. The first is at home, in the country or city where you live. And the second is while you are travelling.

Charitable giving in your own home city or country is sometimes easier than during travelling. First, you do not need to fit things into your suitcase. And second, you probably know what is possible around your area. There may be charities to whom you can donate your time, money or items. Or you may know where there are people who you could help directly. Everyone has their own cause, so I encourage you to go with what you are passionate about.

For example, at home in London, I volunteer for the homeless charity Crisis as much as I can. They are a great organisation helping the homeless in the UK. And I truly believe everyone deserves a safe, comfortable place to live. I also have great hope that charities like Crisis can give people the support and education needed to get off the streets.

Over this holiday period, I noticed that the homeless charities needed a lot less volunteers than usual due to covid precautions and restrictions. The large day centres were not open, as the risk of mixing hundreds of people in one place was too high. Therefore, the charities provided many highly vulnerable homeless people with individual hotel rooms. However, a lot more people remained out on the cold streets.

Since I was unable to get a volunteer space with Crisis this year, my friend and I decided to cook meals at home. We also prepared care packages to hand out to the homeless on Christmas and after. La Latteria UK generously donated 50 cheeses as the owner had heard from a friend of a friend of our plans. We enjoyed handing out the packages and chatting with those we met who were out on the streets. Sometimes, it feels sad that we cannot do more for them. On the other hand, at least we could do something even for the short term. They were appreciative of the meals and other items. And we could hear the popping of the Christmas crackers and laughing as we walked away.

Of course, the holidays are not the only time people need support. The organised charities support those in need throughout the year. For helping the homeless day to day, one simple action you can take is to carry extra snacks, fruits or even meals while walking around your city. I tend not to give money but instead I ask if someone would like some food, a spare book or handwarmers. Someone asked me once if it’s dangerous to talk to homeless people. Overall, I would say no, as most are very thankful and appreciate the chat. It makes sense to avoid approaching people who are either aggressive or actively trying to avoid people. This type of charitable giving is not a long-term solution, but can help someone as they try to get back on their feet.

While Travelling or Abroad

During travels, especially to poorer countries, there is also a good opportunity for charitable giving. Many organised international charities support countries with their donations. You could consider a donation to the country where you will be travelling. There will also be smaller local charities but these can be harder to find on the internet. While I am traveling, I like to support some of the local charitable initiatives or businesses. You can often find out about these from the locals at the place you stay or from local guides. For example, this could be supporting local businesses that employ disabled people or that give back to the community. Some sceptics may ask, how do you know that the money is actually going to the right people? And, how do you know that people are not being exploited? Of course, you need to trust that the locals know which businesses and charities are legitimate.

Over time, I have learned from speaking with locals in different countries about how best to give. Below, I will share some of those experiences. Keep in mind that there is a difference between sustainable charitable giving and one-off charitable giving. In the future, we need long-term improvements to eliminate poverty. However, every little bit helps and putting a smile on someone’s face can at least make their day better.

And finally, keep in mind the importance of charitable giving and be generous to staff and guides during your travels! I often hear people complaining about going to poorer countries because they need to tip for everything. That is often true, and sometimes it gets out of hand. However, if you receive good service then ensure you have some funds around for well-deserved tips. It may be little money to you but a lot to those who are helping you!

During a tour of the Rocinha favela in Rio de Janeiro, Brazil our guide explained how the community works. He said that they have an alternative way of living, but are not hungry nor poor. It was very interesting and the residents were very welcoming of him and our tour group. I asked if I could give the kids some candy and the guide said yes, but if parents are around then to ask them if it is okay. He asked the couple in the photo below if their son could have candy. They said of course and were happy to pose for a photo. During the trip, we also bought items made by the locals and that went directly to the small businesses. I also now have a great souvenir dish towel from Rocinha.

During another trip to Brazil, a guide told me that bringing used electronic items is useful. For example, you could give away rather than throw away any previous mobile phones. Additionally, guides in other countries have recommended giving devices to families who can’t afford them. Usually the mobile credit is cheap, but not everyone has the money to buy a device. Communication is necessary and powerful! So try to keep in mind to bring a spare device during travels, if you can.

In Vietnam and Cambodia, I encountered many children on their own begging for money. They either had very little or dirty clothing, and looked hungry. However, my colleagues and tour guides told me it is not a good idea to give the kids money. They should be in school and well-meaning tourists may actually be undermining their education. If the parents feel that the kids can support the family more by begging for money than going to school, then they won’t send them to school. I had never thought of it that way, but it made sense to me and changed my way of thinking about charitable giving abroad. Instead, I always had some candies in my bag and handed those out.

Another example of charitable giving was when I lived in Hanoi in 2010. My local friends told me about institutes for the blind where you can get massages and support the residents. When my cousin Chris visited, we went out of our way to go to one of these institutes. In fact, we paid just a few dollars including a generous tips. It was quite an experience and we were glad that the proceeds went to running the home for the blind.

Local business people in Lagos, Nigeria often sell their goods by walking between cars at the stoplights. Normally, I would not consider buying items this way. However, my friend in Nigeria said that this is the best way to directly support those from outside of the city. I changed my way of thinking and stocked up on the mini roasted peanuts and coconut chips, rather than buying them from a supermarket.

On a trip to Uganda and Rwanda, I asked my tour guide if I could give candy out to the kids. He said I could, but that next time it would be better to bring school supplies like pencils and paper, as these would be more valuable. One can easily pack these items in a suitcase and help encourage education.

The recommendations in Madagascar were slightly different, because the kids there only have free school until the age of eleven. My tour guide told me it was fine to buy some fruits from a local boy as he was not missing school. In fact, he was working to help support his family.

The thoughts above are my opinions about charitable giving at home and abroad. Thinking is good but action is better! What can you do day to day to improve someone else’s life, even just a little bit? Charitable giving can make someone else feel good, and it can also make you feel good. Locally, there are many opportunities for charitable giving, either through official organisations or on your own.