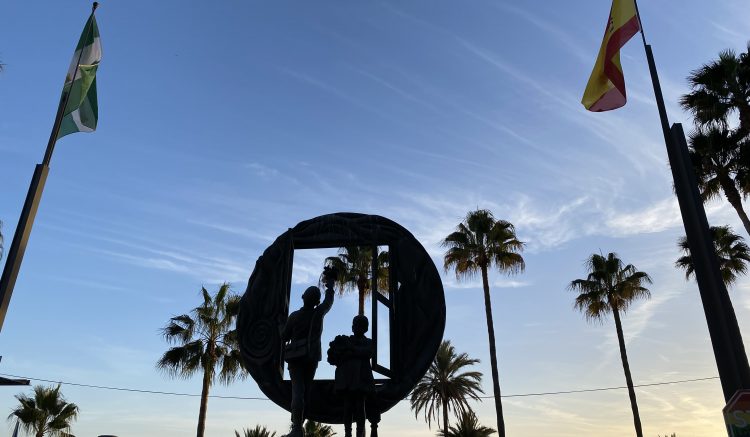 I decided to travel to Marbella when I saw that it was very close to Gibraltar. In fact, I’d already decided to fly to Gibraltar and I wasn’t sure if there was enough to do there for a few days. Therefore, I spent half of the time in Marbella. From La Linea station, a close walk across the Spanish border from Gibraltar airport, the bus takes just over an hour to Marbella. It also continues on to Malaga, which is where the closest airport is located.

The highlights of my visit were the mountains, Old town and food. For most of the Saturday, I went hiking in the nearby mountains. My goal was to get to the Mirador de Juanar, one of the peaks. At first, I didn’t realise that the estimated hiking time on the map did not start from Marbella city. So, when I reached the entrance after almost an hour of walking uphill through the city, I realised I had not yet started the hike. It was about 14km roundtrip from the starting point. There were few people around and the nature was beautiful and peaceful!

First of all, there are so many good bakeries to try and I didn’t have time to try all of the ones that looked good! Maleva bakery was great for sweet pastries including the caramel cruffin (cross between a croissant and muffin). I had that for breakfast one day and it was crispy and gooey at the same time. Yum!

Fermento Casa de Panaderos had a mix of savoury and sweet pastries. The empanadita de pollo was tasty with perfectly crisp pastry. Although I didn’t try it, the tuna and tomato pastry also looked amazing. And the ginger cake with cream cheese frosting and crumbled speculoos was huge and delicious. So moist and not too sweet. It lasted me for three days, because it was more of a mini cake than a slice, which is what I thought I was buying. Probably it was meant to serve four people!

Pastelería Panadería Eva is a cafe with a bakery. They very kindly made me a sandwich to go even though it was still the morning. It was a fresh roll with ham and cheese, and grilled. Their sweet pastries were also delicious, and I liked the traditional fried dough with either sugar or honey. I asked them on Instagram what these were called and they replied. “Borrachuelos de miel” están rellenos de “Cabello de ángel” which means “Honey Drunk” filled with “Angel Hair”. I am hoping to find some recipes and try making these at home!

Lastly, Panificadora Marbella was a small and friendly local bakery. From there, I had the chocolate eclair and a fried pastry filled with custard. Both were amazing! And I was so full I had to finish them the next day, and they were still tasty.

Most of the bakeries also had many types of bread rolls, but I only tried one from Eva so can’t make a comparison.

My splurge of the trip was trying the tasting lunch menu at 2-Michelin starred Restaurante Skina. The restaurant was not busy that day, so the service was very attentive yet not overbearing. And the food was delicious, beautifully presented and plentiful. The dishes are based on the season and also Spanish ingredients and dishes. Loved everything so it was hard to choose a favourite, but the beef tartare mini taco remains in my mind. Each course had multiple parts so it ended up feeling like many courses. I was so full by the end of the meal that I could not eat all of the petit-fours. Oh and I had to skip the wine since it was lunch and I needed to work afterwards. In fact, it was difficult enough with the food coma!

Along the seafront, there are many restaurants. On the last evening, I wanted to try the pintxos, so went to Pintxos Casa Nostra. The view of the sea is nice, and there are tables inside or outside. Even in mid-November the weather was nice, so it was great to sit outdoors. The menu has small plates with some typical Spanish foods, and also other cuisines. I had a mixture of Spanish (Galician octopus and gambas pil pil), American (cheeseburger), and French (duck confit and potatoes). I am still not sure about the difference between pintxos and tapas…. In any case, these were small plates and around four per person seemed to be plenty.

For gelato, there are a number of gelaterias in the city. I noticed a few named Goelia, and it seemed popular as there was always a queue. I had the turron and pistachio flavours and both were full of flavour.

A: No, it is a small city and a tour guide is not needed.

A: Most people speak some English, although most will tell you that they don’t really speak English. It is good to know a few words in Spanish and have GoogleTranslate on hand.