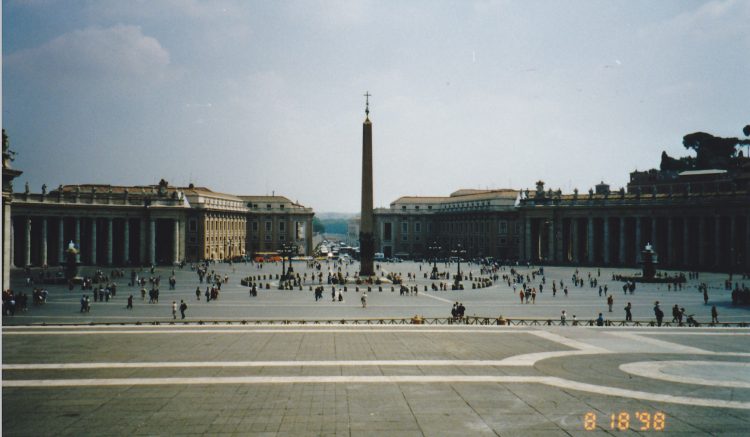 This is a very brief guide for travel to Vatican City, which is the smallest city-state in the world. It is completely surrounded by Rome and measures less than a square kilometre. The most well-known highlight is the beautiful Sistine Chapel. It is also very special to walk around St Peter’s Square and through the huge Basilica. My mother told me that she was able to walk right up to Michelangelo’s Pieta during her European travels. However, several years later in 1972, a man named Laszlo Toth attacked and damaged the sculpture. Luckily, it was restored and now it sits a safe distance away from passing tourists behind a glass barrier.

Although I visited Vatican City many years ago, I still remember that the postcards I sent never arrived! Until recently, it was the only country from which my postcards never arrived. However, I sent some postcards from Kosovo in June 2022, and they have not arrived after six months… I think they are also lost.

Apologies for the lack of photos. Although I have been to Rome more recently, I have not been back to Vatican City since 1998!

This is the only country I have visited without eating anything there! There are a couple of cafes near the museum if you get hungry or thirsty. However, there are many more options outside of Vatican City in Rome. Therefore, I would recommend having a meal before your visit and using the cafes just for light refreshments.

A: No, but you can hire one if you would like to learn more details about the history.

A: Yes it is a popular place for tourists and most people speak English.

A: Yes it is safe and easy to walk around

A: Postcards were easy to buy in Vatican City. However, my postcards never arrived to the recipients. I remember reading about how some shops were peeling off the stamps and re-selling them. I guess I will never know what happened! See Sending Postcards from Abroad for details on cost and the time it took to reach the USA.