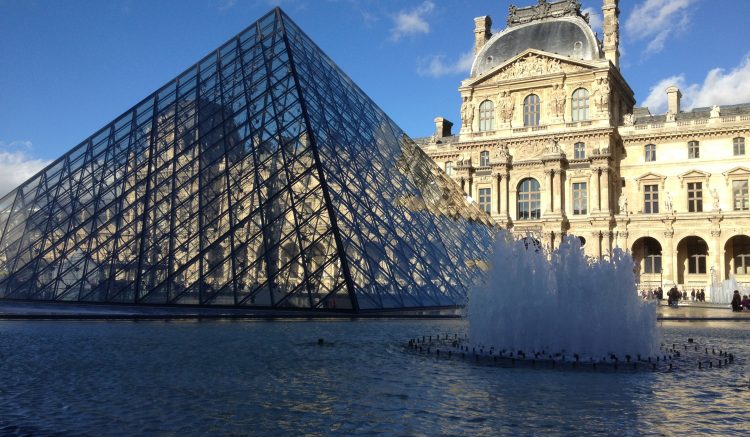 This guide for travel to France has been difficult to write, as I can’t figure out how to fit in so much information! In the end, I have decided to keep this country guide short and write later posts on specific cities and regions. I’ve been to France more times than I can count as a tourist, and I also lived in Paris for two and a half years from 2015 to 2018. So, take this guide as a short introduction for travel to France, especially if you have never been there or if you’ve not explored beyond Paris. Certainly, there is a lot more to experience all around the country.

One aspect that I especially love is that each region has its own specialities for food and wine! The landscape of France is also diverse from seaside coasts to mountains to open fields. The climate varies a lot depending where you are in the country, so check the average weather to decide how to pack.

The official currency of France is the Euro. As of December 2022, one British pound is equal to 1.16 Euros.

When I think of France, my first associations are with food and wine. There are so many great examples that it is difficult to know where to start. As I mentioned earlier, each region has its own specialties for food and for drinks. The variety of cheese across the country is also amazing.

The French are proud of their cuisine. Additionally, the Michelin guides for outstanding gastronomy originated in France. And yes, it is related to the Michelin tire company!

Since I would quickly run out of space to go into detail, I’ll briefly summarise some of my favourite regional highlights. Later, I will write more specific recommendations in each city post.

Just south of Paris, the Loire Valley is well-known for its white wines and a sparkling wine called crémant. The food was also great, but I can’t remember any particular local dishes.

In the northwest, Normandy is famous for its apples, which can be used to make cidre and a liqueur called Calvados. Since it is close to the sea, there is a lot of fresh seafood including moules (mussels). And for cheese, one of the most famous in France comes from the village of Camembert.

A little further south in Bretagne, the region is known for its butter. Therefore, the local cookies such as palets and sablés are full of butter. An iconic dish is the galette sarrasin, a buttery crêpe made with buckwheat flour and filled with your choice of tasty fillings.

The southwest is know for duck in all formats including meat, terrines, rillettes and foie gras. Bordeaux in particular has a fabulous dessert called canelé or cannelé. These are dense cakes in a particular shape that are caramelised on the outside and spongey on the inside. Red wines are excellent in this region and celebrated around the world. Bordeaux red wine can only contain a blend of Cabernet Sauvignon, Cabernet Franc, Merlot, Petit Verdot, Malbec and/or Carménère. There are also very nice white wines, though I prefer the reds. Saint-Émilion is a beautiful village nearby that produces a delicious, unique red wine with the same name.

Cassoulet comes from Toulouse in the south. It’s a hearty dish with white beans, sausage and pork in a tasty sauce. This is so well-loved in France that you can buy it in a tin in any supermarket!

Nice is a lovely city by the sea, and a close train ride away from Monaco. A few local specialties include seafood, salade niçoise (with tuna, olives, egg), and socca, a griddled chickpea flour and olive oil pancake. The local market is full of lots of ingredients.

In the Alps, there are endless varieties of cheese! These can be used to make tartiflette, raclette, reblochonade, fondue and more. The cold weather has inspired a second type of fondue using hot oil to cook meat and vegetables, rather than cheese. And for a slightly healthier option, there is a brazier, where you can cook your own meat and vegetables on a coal grill at the table. It is fun, warm and cosy!

Lyon is famous for its gastronomy and Les Halles de Lyon Paul Bocuse is a fancy food market with dishes that are works of art. I remember trying a foie gras crème brulée which was divine! On the slightly healthier side, the Lyonnaise salad has lettuce, bacon, croutons and a poached egg. Simple and delicious!

When people think of Dijon, they may first think about mustard. There are definitely a lot of mustard shops around, and we once did mustard tasting in the morning. There are endless flavours and my favourites were tarragon and cassis (blackcurrant). Dijon is also the origin for some of France’s famous main courses such as boeuf bourguignon, coq au vin, and escargots. For something sweet, there is a special bread with red pralines which is excellent as breakfast, snack or dessert. It’s called Brioches aux Pralines Roses.

Strasbourg is to the east of France in the Alsace region, and it has a mix of French and German cuisine. For a quick meal, the flammkuchen is like a pizza with cream instead of tomato, topped with cheese, onion and lardons (bacon). Another typical dish is choucroute which is a mix of pickled cabbage, vegetables, sausage and other meat. Be ready for a very hearty meal!

Champagne probably does not need any introduction for what it is most famous for. Reims is the largest city and Épernay is a nearby town, which I love. However, one of the fun things about Champagne is visiting smaller champagne houses in the countryside.

Lille is in the north and not far from Belgium. Therefore it should not be surprising that the chocolates and moules frites are excellent in this city. There are also plenty of great bakeries. A local specialty is Le Welsh, which is a French variation of the Welsh rarebit. Usually it contains toasted bread, ham, egg and cheese melted in beer.

And finally Paris, a cosmopolitan city filled with endless choices of bakeries, restaurants and bars. There are certain quarters that are famous for specific types of foods. For example, the 13th arrondissement has great Vietnamese food. The 15th has many Korean and Lebanese restaurants. Around Opera is a Japanese area. And near to Gare du Nord, you can find more Indian and African food. More to come in a future post on Paris.

A: Generally, no you don’t need a tour guide. However for certain areas and attractions it may be useful to learn more. For example, in wine regions you may go on a tour to visit several vineyards.

A: Some speak English, and increasingly so in large cities like Paris. However, part of the charm of smaller, countryside villages is that people don’t speak English and they’re less touristy. Therefore, it is useful to know a few phrases and have a translation app available such as GoogleTranslate

A: Yes, the trains and public transport are easy to use. It’s generally a safe country.

Q: How easy is it to send postcards? It is easy to find postcards in any larger town or city. And there are many post offices, called La Poste.