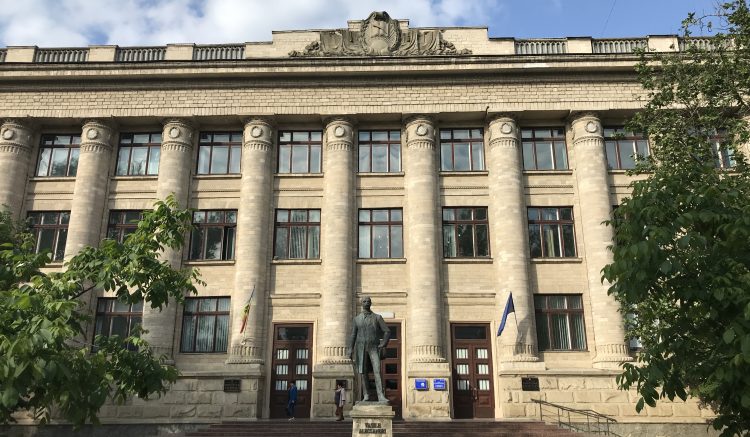 I had a chance to travel to Moldova for just one day on the way from Bucharest, Romania to Kiev, Ukraine in 2018. At the time, I was trying to visit as many different countries as possible. Therefore, I decided to make a short stop in the capital, Chisinau. No one I knew had ever been to Moldova before and I was curious to explore. All I knew was that it had been part of Romania at some point, but is now an independent country. In fact, the main language Moldovan is very similar to Romanian. And luckily this meant I was able to use GoogleTranslate for Romanian to English.

This is a very short guide on travel to Chisinau, Moldova based on my one day of exploring the city. It is an interesting place to visit if you are in the area. There were not many tourists around and I think it’s a place less visited than Romania and the Ukraine, which surround the country.

In 2018 the exchange rate was 22 leu to one British pound. Twenty-five pounds in cash was enough for my one day of sightseeing and eating. As of January 2022, there are 24.5 leu to one pound.

The La Mamuca bakery had a big queue outside so I figured it must be popular with the locals. There are a few locations around the city. Prices were very reasonable. I had a pretzel and cheese pastry and both were delicious snacks!

For dinner, I ate at La Placinthe to try some local Moldavan food. The radish salad, potato pie and mini dumplings with meat and sour cream sauce were all delicious and filling. They also had a Moldovan rose wine on the menu. It was a satisfying meal and I had a couple of dumplings left to take home. All of that food and wine cost less than 9 euros.

At the supermarket I found some Moldovan chocolates after much searching. In general, I did not find very many Moldovan goods and most foods came from Romania or other neighbouring countries.

A: No, not for the city centre as it is easy to walk around.

A: Most people I met did not speak much English, but the aparthotel host spoke English well. I used GoogleTranslate for Romanian and that seemed to work.

A: Yes for a visit to Chisinau it is easy to travel solo.

Q: How easy is it to send postcards? It was easy to find postcards and stamps at the post office in Chisinau. When I arrived, there was a guy buying specialty stamps in the shop but he kindly let me buy my stuff quickly.