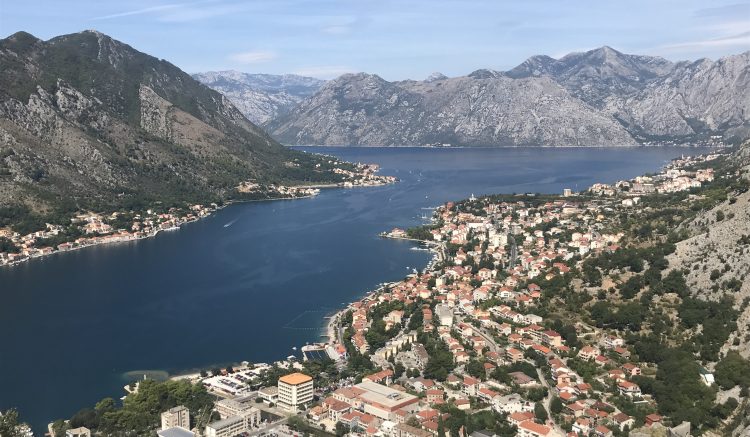 I visited Montenegro in September 2018, after visiting Albania and Serbia. My Serbian friend had recommended Montenegro as a relaxing and scenic place to visit. Although I was there for only a few days, I visited three different cities- Herceg Novi, Kotor and Cetinje. My friend’s favourite city is Kotor, and it was easy to see why. First, there is a beautiful old walled city centre. Then there are the surrounding mountains with nice hikes to see ruins and the stunning views. And lastly, there is a big lake which is beautiful for walks and waterside dining.

I also enjoyed the sleepy town of Cetinje with its beautiful architecture and a surprisingly large number of interesting museums. And I can’t forget my first stop in Herceg Novi. The beaches and hills were stunning, and there is also a beautiful old town. Also, a visit to Tito’s Villa is an interesting activity within walking distance. Travel on public transport between the cities was easy and cheap. And I always felt very safe even traveling on my own. Next time I would like to visit Budva as well!

The currency in Montenegro is the Euro, which makes it easy to travel for those from the European Union.

One of my favourite meals was at Caffe Del Mare near the water in Kotor. I had a great table with a view of the sunset over the water and behind the mountains. I enjoyed sea bass and rose wine.

In addition, the food at Tri lipe restaurant in Herceg Novi was delicious! I had a shopke salad (tomato, cucumber and cheese like in Bulgaria) and fresh mussel pasta.

I had dinner outdoors in a square in Old Town Kotor at Bokun restaurant. The prawn risotto was more like normal rice with salad and a glass of Montenegro rose wine. The food was so-so and not so cheap.

The fast food pizza was delicious and also very cheap! About 1.50 euros per slice. I also enjoyed the cheese pie from a Poslasticara pie shop in Cetinje.

Finally, I can recommend trying the local beverages. First I had a dark Montenegrin beer called Niksicko Tamra. It was very rich and flavourful. Then later I tried red wine called Vranac.

A: No, it is easy and cheap to get around by bus and ferry to different cities. Places of interest are well-marked on GoogleMaps. And the cities I visited were all easily walkable.

A: At the hotels, and tourist places people spoke English. Also in the larger restaurants in the city. However some smaller shops were more challenging. Montenegrin is the official language. However, Bosnian, Croatian, Serbian and Albanian are all commonly used in Montenegro.

A: Yes it felt very safe and the public transport was very good to travel between places.

Q: How easy is it to send postcards? Postcards and stamps were available from the post office and easy to find and send.