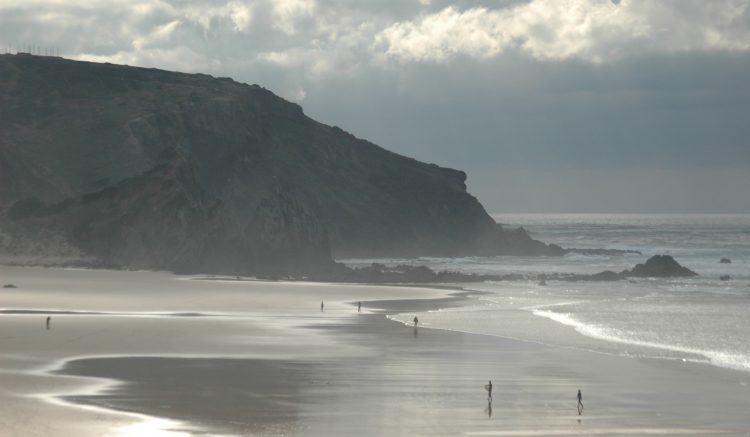 Portugal is country with diverse landscapes including a lot of coastline with beautiful beaches. I had my first opportunity to travel to Portugal in January 2006. We were escaping from the gloom of England and were very satisfied with the sunshine on the south coast near Albufeira, Faro and Sagres. Since it was such a good idea to travel to Portugal during the winter, I travelled at a similar time ten years later to Lisbon. And most recently, I visited Porto in the North in March 2022.

Honestly, I did not keep a lot of trip notes from the 2006 trip so just have some photos for my memories. We enjoyed the beaches on the south coast, just for walks as the water was cold. Faro was an interesting city, especially visiting the Capela dos Ossos, Chapel of Bones. We had a rental car so explored the whole southern coast. The areas towards Sagres in the southwest had fewer people. Some of my favourite moments were stopping on the side of the road to try local oranges and honey. Delicious! We also stopped at a zoo with free-roaming lemurs and it was fun to have them running around our feet.

I’ll write some more specific posts on Lisbon and Porto in the near future. In the meantime, here is a short guide on travel to Portugal.

The currency in Portugal is the Euro. As of April 2022, one British pound is about 1.19 euros.

Portuguese food has a great variety and many national specialties. Bacalhau, or cod, is one ingredient found in many dishes. There are also many unique cheeses, sausages, and pastries to try. One must try is the pasteis de nata, custard tarts. It’s hard to say which are the best but with all of the competition, most are very tasty.

A memory from a winter visit is that the oranges are deliciously sweet, and easy to find on the side of the road at least in the south!

In addition to the food, the wine from regions such as the Douro Valley and Vinho Verde are also well known and worth a try.

I’ll give some specific restaurant recommendations in future posts about Lisbon and Porto.

A: No, not generally as it is easy to get around the country by public transport.

A: Many people in the larger cities speak English. However, you may want to have GoogleTranslate or a similar app to hand.

A: Yes it is a safe country and easy to travel on your own