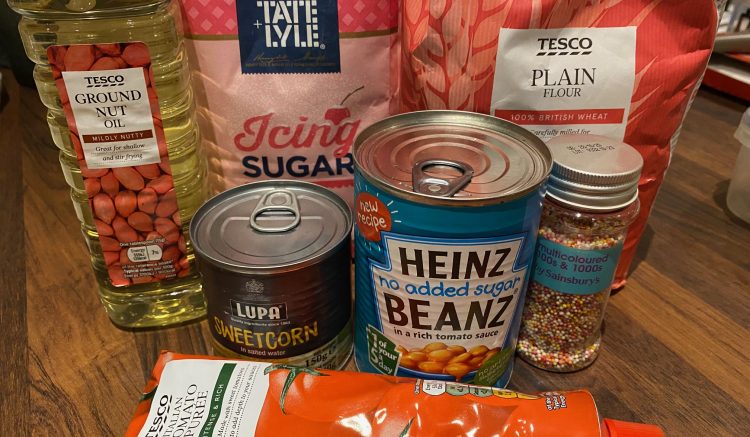 I first moved to the UK from the USA in 2001, and it was a shock to find that British English was almost a brand new language. In fact, there were times when British people stared blankly at me because they could not understand me. It was not just my American accent, but also the vocabulary differences. With all of my experiences, I could write for days about the differences in sayings, phrases and slang. However, for this particular post I will focus on cooking terms.

Essentially, one has to learn new vocabulary to shop for ingredients. Grocery shopping for the first few times was challenging for two main reasons. Firstly, I did not know how grocery stores were arranged. This is different than the US, although it is difficult to point out exactly how. It seems the grouping of foods is done by a different rationale. Secondly, when I asked a shop assistant where to find something, many times they stared blankly in response. In fact, they had no idea what I was asking for sometimes. Remember this was back in 2001, so I think that it has become easier over time with the popularity of American TV. However, in the past I wasn’t even able to find someone to point me to the zucchini.

Another difference is the temperature scale, since the British use Celsius and the US tends to use Fahrenheit. In fact, it is easy to convert temperature using online conversion tables so this rarely poses a problem. One thing to keep in mind is that the UK ovens can often be fan ovens and to avoid over-cooking US temperatures may need to be lowered. In addition, the measurements are also different. The British usually use grams and litre. The US cooking terms usually refer to cups, ounces or fluid ounces. Cups and pints in Britain are not the same as in the US. They are larger. At least the tablespoon and teaspoon measurements are the same!

In addition to cooking terms, some food items with the same names mean different things. Baked beans are a staple breakfast food in the UK, and have a sweet ketchup flavour. On the other hand, baked beans in the US are more likely to be found at a barbeque. Mincemeat in the UK is a spiced, dried fruit mixture used for making mince pies, obviously. I am not sure what mincemeat would be called in the US. I definitely thought it had meat in it when I heard the name.

In the UK, bacon is more like ham or Canadian bacon, and streaky bacon is more similar to US bacon. To continue on the theme of bacon, British pigs in a blanket are sausages wrapped in bacon rather than American tinned croissant dough. Lemonade in the UK is a sparkling lemon-lime drink like 7-up or Sprite. A British flapjack is an oat and golden syrup snack rather than a pancake. And a last example, a pie in the UK will usually be savoury with meat or vegetables rather than fruit. A fruit pie would be a tart.

Now, to help with the translation between US and UK cooking terms, here is my list of 100 examples. Can anyone think of more?