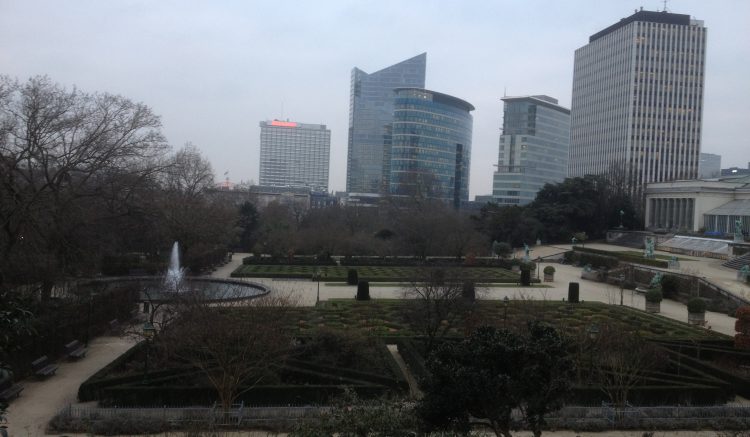 Although, I have had the opportunity to travel to Belgium a number of times, I have found that I did not take many photos of the trips. In fact, I took just a few digital photos of Brussels. Brussels is the city where I have spent the most time. In fact, the reason I travelled so often to or through Brussels was for a previous job. The company had an office in Wavre, southeast of Brussels. Additionally, I visited Bruges and Antwerp some years ago before I had a smartphone!

Antwerp had a very different feel, and was smaller than Brussels. When I visited, it was as a day trip from southern Holland with family friends. We enjoyed beers outside in the old and beautiful main square. Bruges is a very quaint and beautiful town in the north near the coast. It has a lot of history and I would love to visit again.

This guide to travel to Belgium will focus mostly on Brussels, as I am most familiar with that area.

The official currency in Belgium is the Euro. As of March 2022, one British pound is equal to 1.19 euros.

What do you think of when you think of Belgian food and drink? I think of waffles, chocolate, mussels and fries (moules frites), and beer. However, there are many other typical foods to try in Belgium. For example, the croquettes are a tasty, popular snack. They consist of a creamy potato and meat mixture, dipped in breadcrumbs and deep-fried. I saw these as fast food and even served as our starter at a fancier work dinner.

Another dish is Carbonnade Flamande or Flemish stew. It is a deliciously rich beef and beer stew, which I have made at home using this recipe.

In addition to the savoury foods are the desserts! My favourite Belgian chocolatier is Pierre Marcolini, who I had the pleasure of meeting at the Salon du Chocolate in Paris. He was very kind and chatted with me after a cooking demonstration. However, my friend was embarrassed when I asked for a photo!

I also tried delicious chocolates from Darcis, Frederic Blondeel and Elisabeth. Unfortunately, the Darcis shops in Brussels are closed, but there are shops in other places around Belgium and online.

Waffles are also a popular dessert. Belgian waffles are famous world-wide. However, in the US it tends to refer to thicker waffles. But in Belgium the waffles are not only thicker but also caramelised and a big crispy. They are made with dough (like bread), rather then pourable batter.

Finally, the variety of Belgian beers is huge! Personally, I like the fruity beers but there are different choices for all tastes.

A: No, not for visiting the cities as it is easy to find the places of interest.

A: Yes, many people do in the cities

A: Yes, it is easy to get around by public transport, and is safe to walk around the cities.

Q: How easy is it to send postcards? It is easy to find postcards and post offices in the main cities.