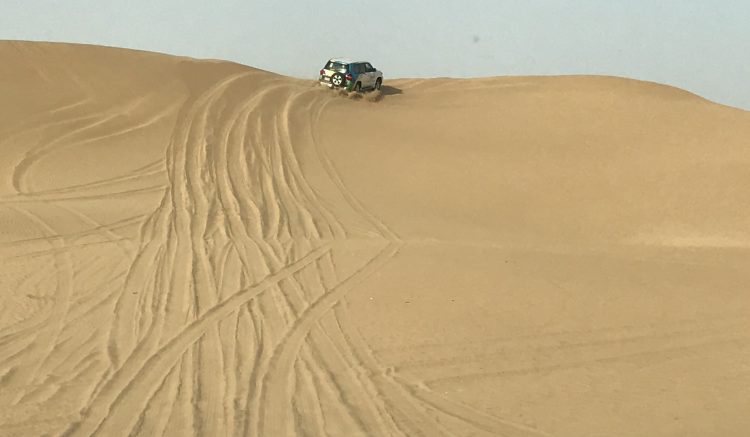 This is a short guide based on my travel to the UAE and also some tips from friends who have lived there. Back in 2017, I spent a few days in Dubai and enjoyed the sun, architecture and food. The old markets are bustling and colourful, and have a mix of foods, crafts and jewellery.

From the Burj Khalifa viewpoint, it was surprising to see that beyond the city, there is just desert sand! The shopping malls were out of this world with aquariums, waterfalls and even a ski slope. And for food, I found great Indian food and also some favourite treats from different parts of the world. It felt like a mix of many cultures. I’ll write a separate post with more details about Dubai.

The official currency is the Dirham. As of January 2023, one British pound is equal to 4.45 Dirham.

When I asked some friends about local foods from UAE, no one could think of anything specific. They said Middle Eastern food. I found a recipe for chicken freekeh, and made that at home. It has Lebanese herbs and a dried grain called freekeh, which is made from green durum wheat. During my visit, I didn’t have anything like this though.

In the desert outside of Dubai, the traditional meal served to our tourist group was barbecued meats.

There were lots of Indian restaurants including traditional street foods, which I remember having in India. Someone explained that a lot of Indians work in Dubai, and so the food caters to that population. Lucky for me as it was delicious!

In addition to the interesting foods from different countries, I noticed a lot of foreign chains. These included Dunkin Donuts, Baja Fresh, ShakeShack, Ben’s Cookies, Laduree, and more.

Traditional sweets are delicious and often made with dates and nuts. One unusual dessert I tried was the camel milk ice cream. It was surprisingly tasty and creamy.

A: No, it is easy to find your way around

A: Yes almost everyone speaks English

A: Yes it is safe to travel solo. However, if you are a single woman then you should be more cautious. I was followed and harassed sometimes while walking around Dubai.

A: It is easy to find postcards at tourist shops. There are plenty of post offices in the bigger cities. See Sending Postcards from Abroad for details on cost and the time it took to reach the USA.